From Bucharest, we headed towards the Carpathians, Europe’s second longest mountain range covered in blankets of snow on a totally off-season quest, away from selfie-taking tourists. We briefly stopped by Sinaia, a small mountain town, before approaching what we could see as the pointed towers of Peles Castle tucked in acres of greenery. The castle a la palace was built under the reign of Romania’s King Carol I, a German who fell in love with the scenery, bought the land and made it his summer home. Whaaaat? Right. He was a German aristocrat who moved to Romania and was crowned King after Romania gained independence from the Ottomans in 1878. Long story.

Built with a mixed bag of construction materials that blends stone, wood, bricks and marble into a majestic monument, the palace incorporates a mixture of French Rococo, Baroque, Gothic and Italian Renaissance. The architect was a German who designed it in German neo-Renaissance style surrounded by seven terraces enriched with intricately designed statues (a statue of King Carol himself) sculpted by the Italian Raffaello Romanelli while the towers were designed by a Czech architect.

We did not visit all 160 rooms. But we saw just enough to appreciate the extravagance of the palace. Each room is designed uniquely and decorated in various themes influenced by the Moors, Turks, Italians among others. Some rooms were decorated in Florentine, the library was totally covered in intricately carved wood and hundreds of books, not to mention our initial fascination with the spiral staircase and balconies at the entrance. We continued exploring the interior in awe as we glanced around the hallways and rooms, each uniquely designed. Some had stain glass roofs, the library had a hidden door, the weaponry rooms housed rich artifacts, not to mention the dining room – we marveled at everything we saw. Rows of expensive rugs, tapestries, valuable paintings, fine china, gold and silver plates, paintings on ceilings, walls covered in leather (YES)…the list goes on. Electrifying! Rightly so. It was the first castle to have central heating and electricity and now…..bacteria growing in the walls.

Word is, Peles Castle is the most beautiful castle in Europe. You think? King Carol I’s nephew and future heir (King Carol had no sons)  was so freaked out by the mega structure. He wanted something more modest. So King Carol built the adjacent Pelisor Castle with only 70 rooms. 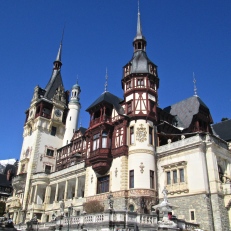 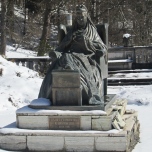 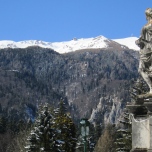 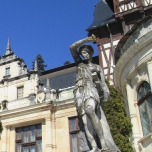 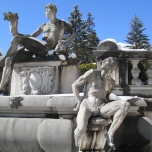 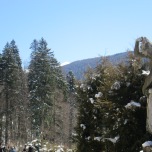 One response to “Europeans at the Gate – Romania”