Ever heard of Benny Moré? No? Yes? By now, you would have googled him. So, how about we go on a photo tour around the Cuban Frank Sinatra’s birth place, Cienfuegos, while I’m sure by now his music is playing in the background.

Three hours later and a 180 vibe turn from Havana, we were drawn by the continuing French ambiance brought in by French immigrants in the early 1800’s. They left traces of European architectural styles across most buildings with intricately designed facades and wide boulevards lined by palm trees. In fact, we drove by Paseo del Prado, the longest boulevard in Cienfuegos and Cuba until we reached the yacht club for lunch. We couldn’t get over the cleanliness and neatness of Cienfuego’s urban planning. If only we stayed the night. D’oh!

A couple of minutes away and at the south end of Paseo del Prado, we stopped by Palacio de Valle, which boasts a combination of Gothic, Roman, and Moorish architectural influences. Built in 1917 with imported glass, marbles, and ceramics by Arab, European and Cuban artisans, it’s a glimpse into Cuba before the 1959 revolution, a self-indulgent society. The palace-turned-casino-turned-national heritage memorial with a below-average restaurant is the crown jewel of Cienfuegos. 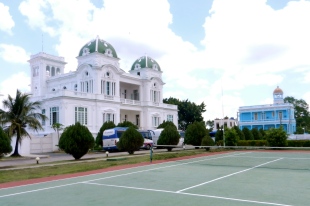 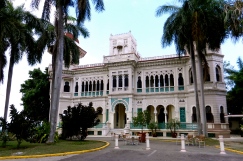 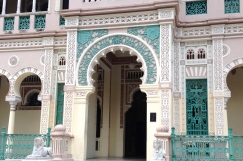 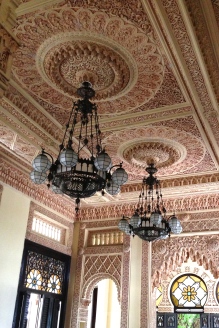 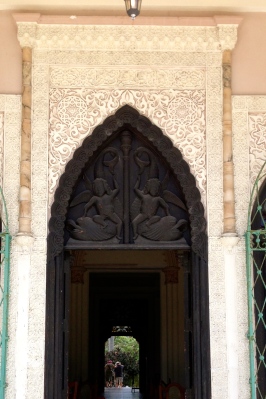