Renowned for its pilgrimage destination with scattered sacred Hindu and Buddhist sites, we were acquainted with various religious rituals. First, we headed to Pashupati Temple on the banks of Bagmati River, one of the holiest Hindu temples. The river was filled with thousands of devotees taking a dip to cleanse their sins while families of the deceased dipped in dead bodies three times in preparation for cremation. The families chanted prayers as they circumambulated the body decorated with flowers and sandalwood before lighting it up.

Despite the ampleness of burning sticks, the revolting stench of sewage reeking from Bagmati River took over the busy town of Deopatan. As we were on the brink of passing out, we were wildly greeted by Bhatta, a priest who applied red dots with vermillion powder (I hope) in the center of our foreheads. Regardless, we were not allowed in the temple since we were non Hindus, which left us with nothing but a Bindhi fashion statement and its good fortune.

Filled with mixed feelings, we got an eyeful of miscellaneous activities that took place at the temple and its surroundings, in particular Hatha Yoga gestures of innumerable self-contained Sadhus that lived in the area. What’s the deal? DND – Do Not Disturb. They live in isolation and have devoted their lives to the last stages of liberation. They certainly were no attention seekers. 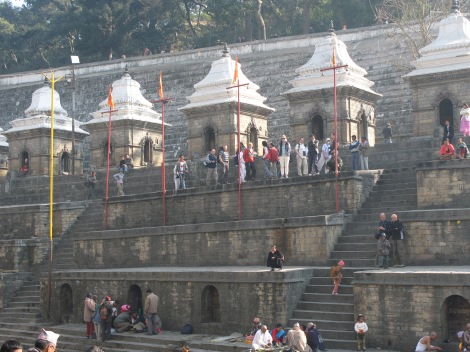 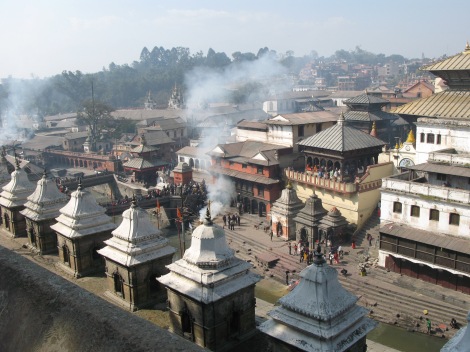 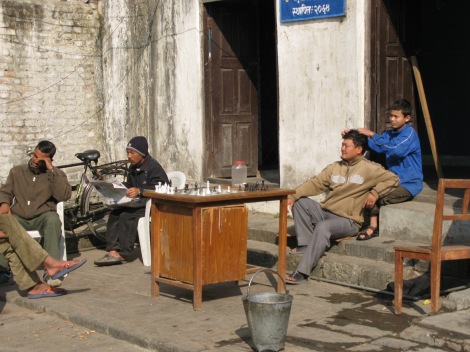