We flew out from Bangkok for what was the best flight of my life. Best? Well, at that point. (Wait for it) So, for a country that opened up in the early 90s after the gruesome reign of the Khmer Rouge, Angkor Wat is one of the main drivers of tourism in Cambodia. People flock to Siem Reap from all over to commemorate one of the oldest Hindu temples since the 9th Century visited hundreds of years ago by the likes of Portuguese explorer Magdalena and French explorer Mouhot, who (BTW) did not discover Angkor Wat as falsely assumed, and then some. 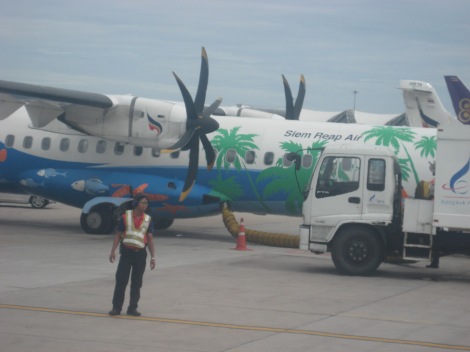 We headed to Hotel de la Paix  in the city center after an unnecessarily long visa-on-arrival process. What do you expect when at least five passport control officers check one passport at a time? In a dusty place like Siem Reap and the jungles of Angkor park 20 minutes away from the city, HDLP is sick!! The city is inundated with all star hotels that provide employment to the local community, and accommodate all the tourists who take exactly the same photos and hang around “Pub Street”. Apart from “Pub Street”, an alleyway with half empty Western cafes, massage parlors and art galleries, there’s nothing much going on in Siem Reap unless you’re part of a NGO.

The museum? Appreciate their efforts and contribute by visiting the tiny complex that features decades of torture during the Khmer regime. On a brighter note, you get to see posters of the Cambodian Queen who weirdly enough looks exactly like THE QUEEN.

Feel the city on a TUK TUK (rickshaw) tour around the only part that bustles (small community) and check out the old market that sells a variety of products you would least expect. In the end, we realized, we were going around in circles and that too around the old market adjacent to Pub Street. EEK.

What I remember the most about my trip to Cambodia? Meeting investment guru, Jim Rogers on the plane. Coincidence? I say YES. Like, I meet people…Did I just say temples? 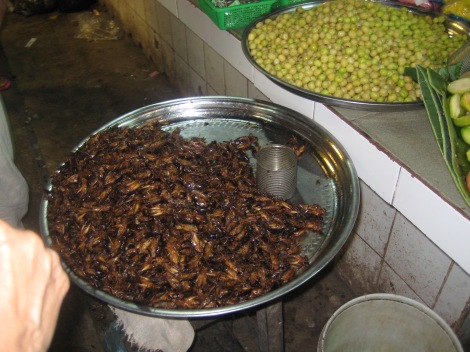 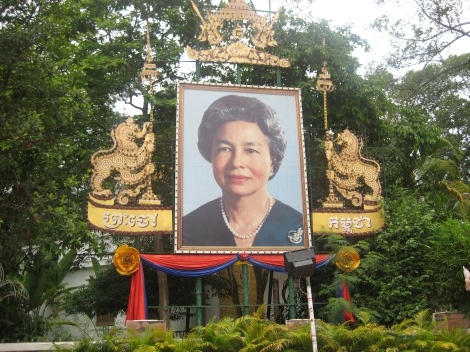 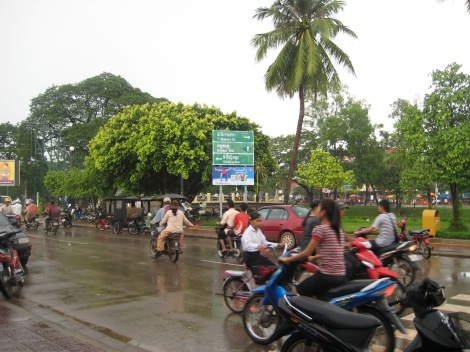