We flew into Dar Es Salam to catch an early morning flight to Mwanza. Now why in Africa did we wake up at 4am to catch a 7:30am flight to Muwaaanza out of all places?

Mwanza lies on the southern shores of Lake Victoria, divided among Uganda and Kenya. On the grounds of coming close to the source of the Nile, we took an alternative route. Rather than doing the conventional Arusha, Lake Manyana, Ngorongoro Crater, and Serengeti (chronologically ordered) spread over 340km of land, we expeditiously “safari trotted” from one end of Tanzania to the other. 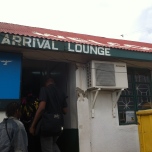 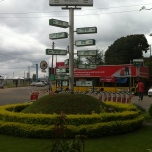 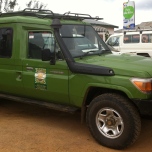 Prior to politely trespassing over non human terrain in the Serengeti, we wanted to stop by the famous Lake Victoria. We met with our Safari guide Ziggy, at the tiniest airport I’ve landed into and hopped into our overland safari Truck. Ziggy was an expert. Forget how expensive your camera equipment is or where you stay, if you’re guide has no experience sniffing out animals, driving close to them or suffers from poor vision, then you’re out of luck.

As we drove the Nyerere highway towards Bilila Lodge Kempinski in the Serengeti, 300 kms away, now taken over by The Four Seasons, I asked “Can we stop at Lake Victoria before we head out?”.  Ziggy flatly said “it’s on the right” while zooming down the red dirt road surrounded by growing bushes once wrestled by John Speke who sacrificed his sight, hearing and friendship with Richard Burton to be the first to discover the source of the Nile. So, that part of the journey got thrown out the window. Instead we feasted our eyes with pervasive ad wars as we drove through village after village. 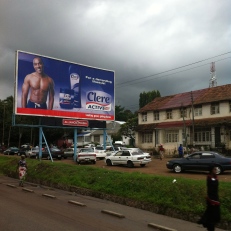 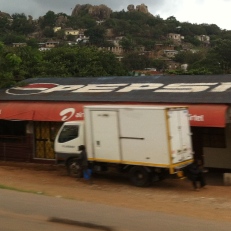 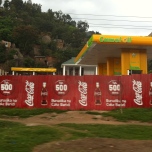 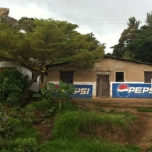 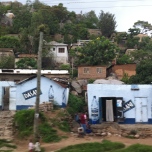 We racked up miles cross-country driving into an illustration of nature every child pictures. An elementary fusion of nature; cloud, grass, and reddish brown dirt road. The preserved beauty of the wilderness gradually deepened as we drove further into the savannah regardless of its uniformity and faint transformations of hue. According to the Masai, the Serengeti is the land that runs forever. Sometimes you can drive for hours and take in nothing but Earth, Wind and Water. A few hours later and many villages behind us, we arrived at the Serengeti National Park checkpoint where we set out on our first bumpy “Game Drive” in the afternoon.

Game Drives last until the sun sets because unlike a zoo, it’s untamed. Afraid of street dogs attacking you? The horror is incomparable. As Ziggy put it,  “you either win or lose, that’s why it’s called a game drive”. In retrospect, what on Africa was he talking about? Heedless to the most critical advice of the journey, we were disappointed with the outcome of our first game drive.

Rule #2: The fantastic four legged beasts are unsympathetic to how much we paid to get here. So, don’t sweat it if you don’t see a lion or what not.

The first animal we saw was a baboon. Not exactly a sparkly start, but 20 minutes into it, the wild’s hidden beauty slowly began to unravel. Step by Step.

Rule #3: If luck’s on your side, animals come out and play.

We made it to our luxurious hotel, nothing like a camp, but smack-dab in the middle of nowhere. Wooden floors, minimal lighting to avoid freaking the animals out and……a special welcome from a zebra. 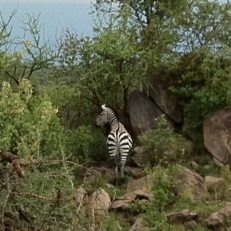 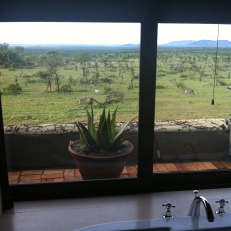 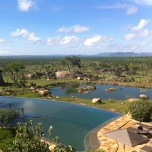 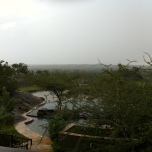 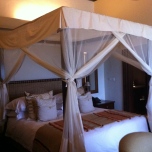 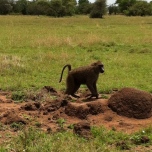 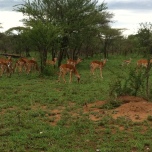 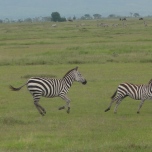 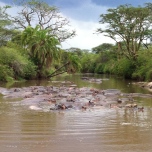 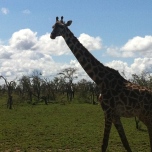 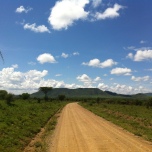 One response to “Game Drive Day 1 – The Serengeti, Tanzania”