What happens when a volcano reverse explodes and collapses upon itself three million years ago?

Oops? To the contrary. The magnificent Ngorongoro Crater is what happens.

Now that the pronunciation is out of the way, let’s get rolling.

After spending two ‘Animal-astic’ days in the Serengeti, we headed to Arusha. BUT not before making a stop at Africa’s ‘Garden of Eden’ spread over 260 square kilometers of land. We took the ‘undying’ route and descended 600 meters into one of the largest unbroken calderas (collapsed volcano). Ngorongoro is a sanctuary to the Big Five and, in my opinion, has a transcendent advantage. The chances of you coming across one of the Big Fives is extremely high. With set bounds, you can drive around the crater in a couple of hours and observe a variety of interchanging habitats from swamps, lakes, grass plains and forests. Like flipping through a biology book all over again.

Before we set out to Ngorongoro, the earth shook beneath us as herds of wildebeests and zebras were migrating from the Masai Mara to the Serengeti. It was early November, just in time to marvel at one of nature’s greatest phenomenons, the annual migration. We were rewarded to the rumbles of an endless vista of zebras and wildebeests, accentuating the unimportance of man in a land dominated by four legged beasts. 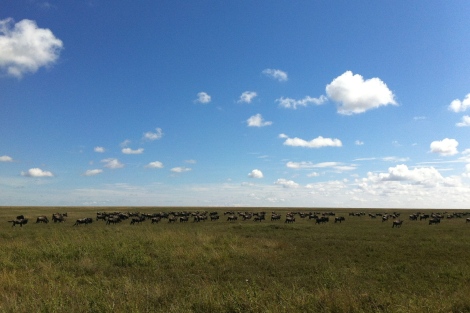 The  terrain gradually transformed from lush grassland into high scrub barren desert. Occasionally, we saw tall red-robed Masai men walking along the road with sticks. I had nooo idea where they were going. But somewhere along the way, we stopped by a Masai compound to appreciate a few things or how I’d like to put it: standard tourist . We were welcomed with a traditional dance, a derivative of the jumping jacks, and deafening chants.  One guy was on his phone during the dance, another was filming us, while I was trying to believe that this was not a hallucination.  The Grand Finale wrapped in ‘Masai Tour’ was to force bead work down our throats. It may have been a sham, but who knew? The government of Tanzania is encouraging the Masai to abandon their semi-nomadic lifestyle anyway. 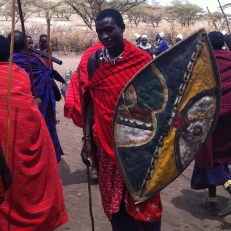 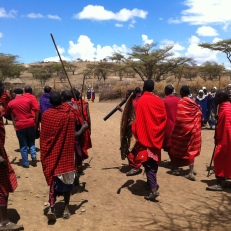 The closer we got to the crater the more barren and rockier the landscape. We stopped to take in the view from the top and then descended into the caldera. Not until a few minutes later, we saw two male lions on the road. The game drive was officially over!

Ngorongoro is right in the center. You can get there via Arusha or the Serengeti, only 180km away by car. It’s home to over 30,000 species and if the weather’s right, you don’t even have to get out of the car and push it up to the rim. Your driver certainly won’t do it alone. Yup! It’s happens. When it rains, it pours…and that’s exactly what happened after we checked into Gibb’s Farm later in the afternoon. 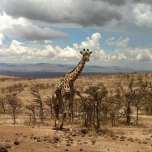 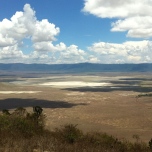 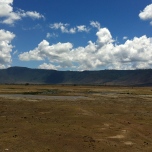 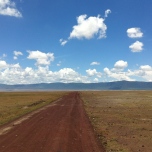 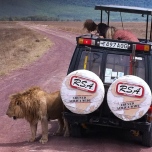 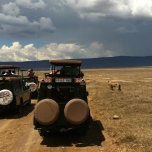 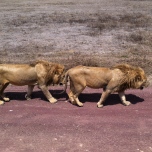 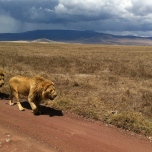 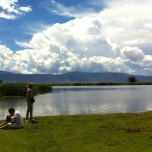 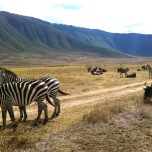 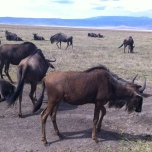 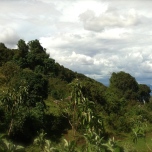