I wanted to go with the flow.

This break wasn’t about ticking the must-dos, compiling a list of art galleries, seeing an opera, or cooking up a food wish list. I was going to run around the city  (signed up for a race) and allow myself all the rest I needed before embarking on a semi-long ordeal. The most important thing to me was to pay homage to Hungary’s renowned classical music composer, Lizst, and stay close to the race start, across Hero’s Square on the Pest side. The rest was “secondary”, such as: city topography which affects run performance, Pest – flat, Buda – Hilly, recovering from a cold and getting some rest. Clearly, my priorities were all set.

I arrived a couple of days before the race and there was this instant chemistry I couldn’t resist! So we hit the ground running to see as much as we could and eat whatever we wanted because….carb loading was on the menu. It was imperative to spend minimal time on our feet.

The Lizst museum was right around the corner from our hotel, a km away. Good meals, cafes and bars, abundant in the Jewish Quarter, were another km away from the museum. Adding a few kms of slow walk into the day was no biggie, especially since I presumed my Garmin’s distance calculator kept me in tow. IF it was in the correct setting (I’m used to KMs over Miles). I’d look at my watch in disbelief and think…’THAT’S IT! The day’s not over yet. ..’

Day 1 – Arrived in the afternoon, run in the City Park across the hotel and then 5.4km walk down Andrassy’s beautiful boulevard for some fried fish – 5km;

Day 2 – Morning run in the City Park, 8.4km. Walk down to Lizst Ferenc Museum located at his last Budapest flat (1.8km) rather than put on additional miles to follow his footsteps and the stuff he got up to (large concerts) around Budapest where he lived for four years. The museum or should I say extension of a music academy lacked white bus tourists so we ambled around his desk, pianos, old memorabilia, family history, bible, etc, while his music played in the background (if you take the audio tour). If classical music is your thing, then it’s worth the sophisticated stop.

From the museum we walked to the Jewish Quarter for traditional Hungarian sausage (500m), and then we couldn’t control ourselves. We zigzagged across various streets that revealed beautiful architecture, open air court yards of run down buildings that are now ruin bars, and a ton of trendy restaurants (2km) and statues towards the Danube River. From the Danube, we walked towards the Western Railway Station (3.5km). At this point, my hanger started kicking in. From here, we hiked back to Hero’s Square (2.5km), inadvertently on some parts of the race route. I couldn’t bare it, I needed to eat. I checked my watch, it’s just been 5 of what I thought were kilometers. I had a feeling that something was off under the scorching hot sun.

We decided to grab an early dinner at a Hungarian restaurant in the City Park. The sun toned down and created a glittering reflection of the Vajdahunyad Castle on the lake that we admired from our table. Once we placed our order, a massive white bus pulled in and dropped off a congregation of tourists. Despite it being one big tourist trap, the local food was great! (1.4km)

That night I read that Kara Goucher barely washes her hair a week before a race because she wants to spend LESS time on her feet.

Day 3 – Day before the race, I realized the setting was on miles and swore at my Garmin watch. Apart from the 3km recovery run in the morning, I spent all day in the hotel, planning for the next segment of the trip – Exploring the hilly Buda side, in other words, deciding where to sleep because we wanted to do things on the fly and not book in advance.

Day 4 – Race Report: You bet, my legs were tired af and didn’t realize how hilly the course was, especially after we crossed the bridge, it just got worse. HILLS HILLS HILLS. %$^&! I decided to put my goals aside and enjoy the city!

A few days later, we set out across to the Hilly Buda side and spent the next couple of days at the swanky Pest-Buda hotel, owned by the Zsidai Group, a father and son business right smack in the center of the Buda Castle District. Nevermind Hungary’s past, I was more interested in how the Zsidai’s were picking up every little detail in designing their restaurants and hotels. They owned the Pest-Buda and Baltazar hotels in the Castle District and several restaurant outlets in the Buda and Pest areas. We checked all their outlets out. Our fascination over how they designed each restaurant, cafe and bar with the same but unique charm (from tiny details in decor to staff’s attitude) took over our dining decisions. Strangely enough, one morning, during breakfast, the owner, who’s family picture is all over the promotional material, walked in with his wife and son. We played it cool.

After much thought and discussion about where to go, the Bunker Museum made it to the top of the list. The list included beautiful art at the Modern Gallery, the Royal Palace, Fisherman Bastion, etc.. It was a beautiful day, so we decided to cram ourselves with 30 other people and a bunch of students inside a bunker to learn something about survival. The tour guide harped on about some kind of war was looming over us. In order to shake off the negative radiation and my anxiety about how I wasn’t bunker ready, we sought assurance at the Houdini Museum. Did you know he was Hungarian? We didn’t either. It wrapped up with a childish magic show that kept us on the edge. Apocalypse dismissed.

We then explored the neighborhood outside Buda’s Castle District. Not exactly a jewel, there were plenty of second hand and hardware stores. Trendy restaurants and cafes were scarce. We walked along winding roads with some very steep climbs along Baroque style apartment blocks, some of them cut through by stairways. We took in the real vibe and admired Pest from across the Danube after a homemade lunch at a mom’n’pops. No one spoke English so we were over our heads and nodded to whatever was suggested with a smile. No regrets. Our curry and duck dishes were delicious.

The next morning, we headed towards the famous Gellert Spa (Hungary is known for thermal spas and baths) a couple of kilometers away, for some R&R. We paid approximately USD 30 each sans towels and mandatory shower caps that you had to purchase at the premises – expensive for crap. The mosaics and various baths were pretty to look at. Only if you chose to hold your breath in and spare yourself the rotten omnipresent whiff of whatever lingered in the air. I didn’t want to be the wet blanket. So I sucked it up until I couldn’t take it anymore, exactly 5 minutes later.  After walking into the locker room, I turned around and walked back. If you wanted a private room to change, you had to pay extra. Everything required an extra cost. I forgot my flip flops so people were waking barefoot. I was anxious about contracting something (for free of course). While walking out, I saw people in their underwear in the pools. Not sure about hygiene, but yeah the art deco tiles were cool.

Soon afterwards, we were on the ‘Liberty bridge’ right across the spa, pun intended, and headed towards the Central Market Hall filled with lines of stalls selling Hungarian goodies from embroidery, pastries, candies, souvenirs and paprika more expensive than other outlets. We explored other parts of town and observed a ton of property management companies renting out short stays at apartments all around town. A ton of supply at attractive prices, something must be going on. In any case, we’ll leave my degree in Finance out of this.

The next day, we were Balatonfured bound. We booked our train tickets and were ready to take on how the Hungarians spent their summers at ‘summer homes’ by the largest lake in Central Europe. 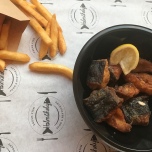 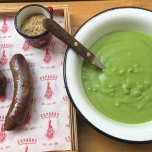 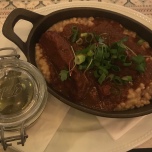 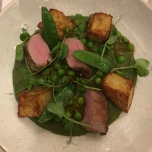 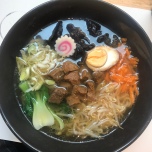 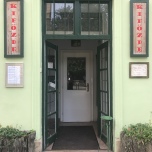 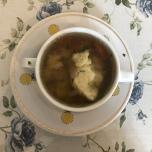 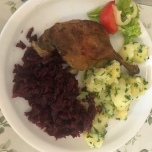 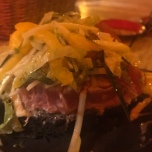 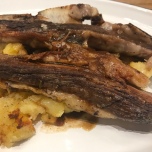 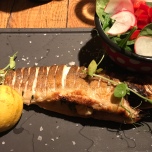 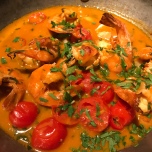 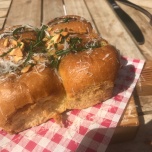 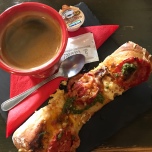 Breakfast at a local bakery 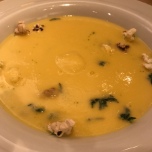 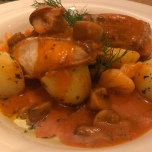 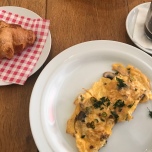