More camouflaged G Wagons were parked outside the hotel. The guide couldn’t help himself and asked what they were up to. I thought they were GumBallers or something. I was wrong. They were mechanics on a test drive mission from Germany. The guide rambled on about his love for G Wagons, having one was a lifetime goal of his. He regularly spoke of things he wanted to buy – cars, drones, phone, boat, etc..  Can we get to Lesotho please?

The drive experience was out of this world, as if no life existed beyond where we were. We drove up winding roads parallel to an elevated Lesotho outlined by granite peaks that trickled down to green rock formations sparkling under the sun. I couldn’t imagine anything more beautiful. 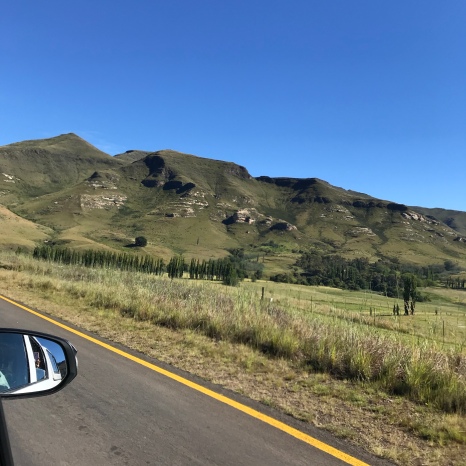 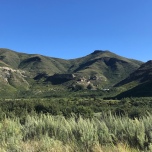 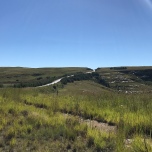 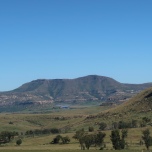 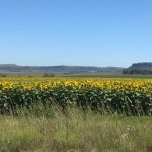 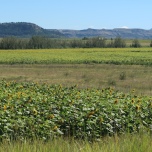 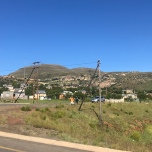 After hours of silence, we slowly approached the Maseru border as the sound of traffic and everyday life multiplied while people drove in and out of the border.  Incessant honks and chatters dominated the setting. We were back to life..

After formalities, we left the border at 12pm and headed towards Malealea lodge. It was a  pretty smooth ride until we took a swerve to approach the valley. Meanwhile the scenery akin to what lay beyond the peaks in SA completely transformed into lush green carpets of amazing. We hit a dirt road and drove on undulating tracks that lead us to the valley. The guide skillfully maneuvered his way around the mountains steering clear of the puddles from the morning shower until we arrived safely 3 hours later. 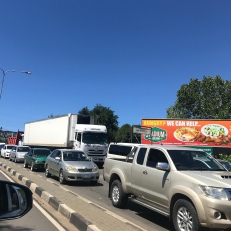 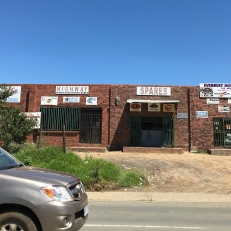 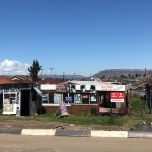 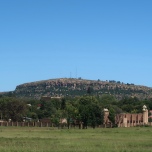 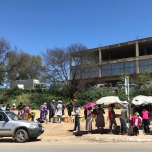 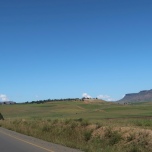 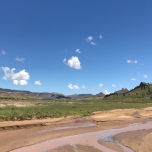 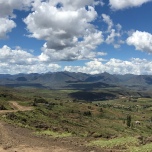 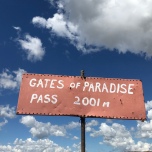 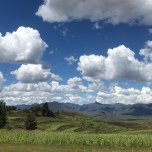 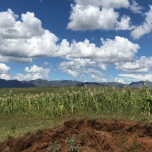 We approached the lodge and established that the entire complex has been run by a family since 1986 to support the community in the Makhomalong Valley. Recently they switched to solar power to protect the environment. The proprietors did an amazing job preserving the natural habitat and giving locals an opportunity to work. As guests, it gave us the opportunity to give back unpretentiously. It brought back memories of Gibb’s Farm back in Tanzania.

We were set on an elevated part of the valley with the skies so close. The huts were dotted around the “garden area”  where we could hang out and chill. We did that the rest of the afternoon after some grub at the cafe, limited to cheese sandwiches.

A bus load of tourists were just back from their day excursion organized by the guys at Malealela. We stayed in our huts and napped until dinner was served right after the 6pm local dance show. The menu was made up of totally home grown ingredients and available protein. It was delicious!

The guide went on about a traditional Lesotho drink made up of Lemon, Lime, Orange juice, eggs and salt. Yah, we took a sip. Not for us.

We called it an early night and went back to our huts. 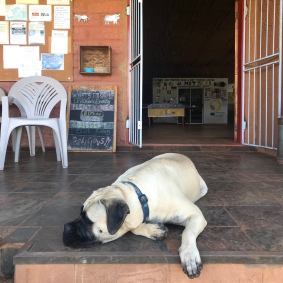 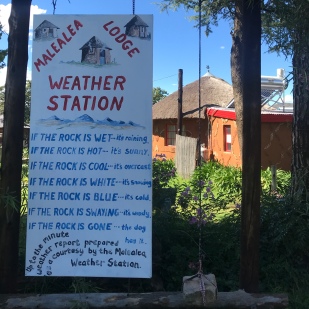 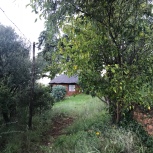 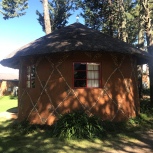 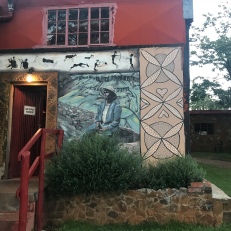 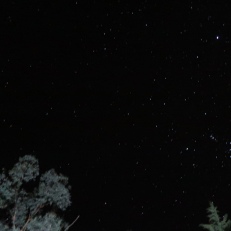